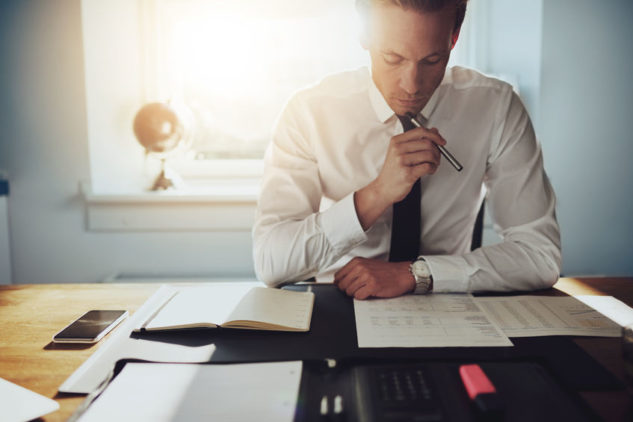 The world has more billionaires than ever before. As an ageing generation prepares to transfer around $2.1 trillion to family or to causes over the next 20 years according to a UBS estimate, charities are looking for new ways to attract their support.

An endowment — a type of donation where the principal amount is invested so that a nonprofit organization can benefit from the income on a long-term basis — is an excellent but underutilized vehicle through which to channel some of this wealth, according to Ben Morton Wright, president of fundraising consultancy group Global Philanthropic.

Endowments have frequently been misunderstood by charities, which have a tendency to see them as burdensome tools that lock away resources, he suggested. But on the contrary, charities should be actively pursuing endowments, he said, or they risk missing out on large tranches of steady, long-term funding.

“These moments of mass wealth transfer are also moments of deeper reflection by many about their personal legacy and their long-term impact on the world,” he said. “If some of this wealth is to be given away, then where better than into endowments?”

“If structured correctly, [endowments] have the ability to make organizations more sustainable, better able to plan, and to enable them to move away from survival mode where money comes in and goes out of the door,” he added.

“We are finding that charities are increasingly considering the benefits of endowments, particularly where they have committed to longer term projects. This is because endowments give them greater certainty that they will be able to fulfil these commitments if other sources of income decline,” she said.

What is an endowment?

Endowments are donations, usually of money or other financial assets, made to nonprofit organizations with the sole intention of investment to earn additional income, and can thus last in perpetuity. Endowment funds often come with caveats stating how much of each year’s income can be spent by the charity.

Although usually associated with U.S. colleges and universities — Harvard University has a $32.7 billion endowment — the vehicle is growing in popularity and scope, Morton Wright said. For example, Birmingham Royal Ballet is able to give 40 dancers teaching, training and mentoring every year out of its $2.5 million endowment.

These funds are often established as a legacy when someone dies, but this is not always the case — endowment funds can be started at any time, and multiple donors can provide gifts to the fund. 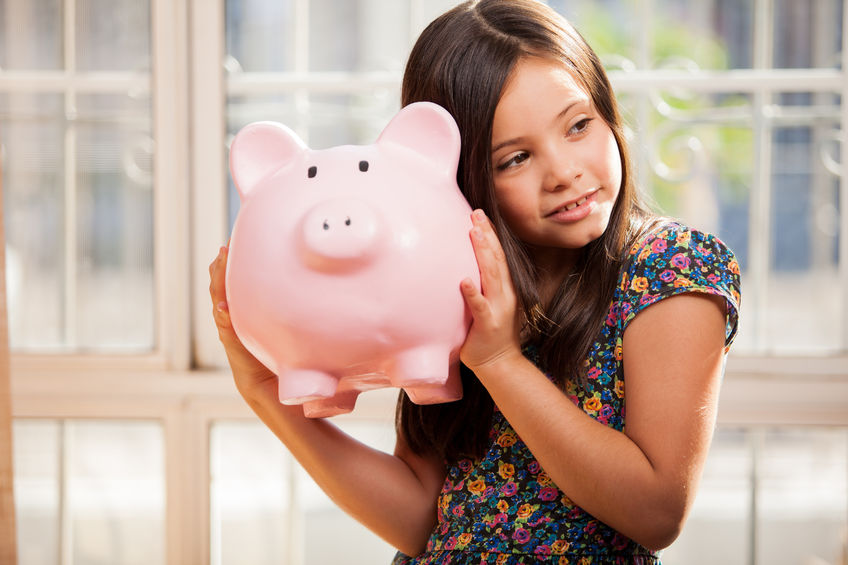 Endowments enable charity leadership to take longer term decisions. They also allow for more flexibility and innovation, due to the certainty of a stable, recurring income, Morton Wright explained.

Other donors may also feel reassured and attracted to the idea of supporting an organization with an endowment, due to its strong underlying financial position, he said. A well-managed endowment can demonstrate that the charity is taking a long-term, sustainable view of its work, and is smart at handling its investments.

While some charities worry that having an endowment on their balance sheet makes them appear more lucrative than they are and could put off other donors, the opposite is often true, said Morton Wright. By boosting donor confidence, an endowment may mean that “you end up attracting fewer but larger gifts with greater donor engagement,” he said.

From a philanthropist’s perspective, endowments offer a way of creating a legacy for their foundation or bequest, Morton Wright said, and this is “feeding into a growing desire for long-term giving products from the donor community,” he said.

“Philanthropists increasingly understand the power of the endowment and the legacy that it creates. Charities need to catch up with this thinking and start to offer these long-term products for the donor community,” he added.

Despite the benefits of endowments to both donors and charities, they are often misunderstood, said Morton Wright, especially by charities who view them as “locking up funds.” They can be seen as risky by organizations unfamiliar with handling investments, Constable said.

“Charities are often unfamiliar with investments and we see many that are concerned about taking risk,” she said.

However, while some endowments are fairly restricted, this doesn’t have to be the case, and a smart charity will be able to negotiate an endowment with terms better suited to its mission, he said.

Furthermore, there are two types of endowment: Expendable and permanent. While permanent endowments include more restrictions around their use — very often meaning that none of the capital can be spent as income — expendable endowments, also known as “unrestricted endowments,” can be spent by the trustees.

“Expendable endowments, if structured correctly, should be seen as a huge reserve — a large fuel tank that can be run down and topped up flexibly according to the charity’s needs. What people misunderstand is that it is OK to use them as a buffer or special fund if needed, as long as you are respecting the wishes of the donors,” Morton Wright explained.

In the case of a permanent legacy endowment, a charity can still apply to the Charity Commission, which regulates the nonprofit sector in the U.K., for permission to spend part of the capital if they can show that it satisfies the intended goals of the endowment when it was originally made, according to Morton Wright.

Another way of getting more out of an endowment is what Morton Wright describes as “the total returns approach,” whereby a charity can apply for permission to have access to the total returns generated by the invested endowment funds, including both the interest and capital gains. 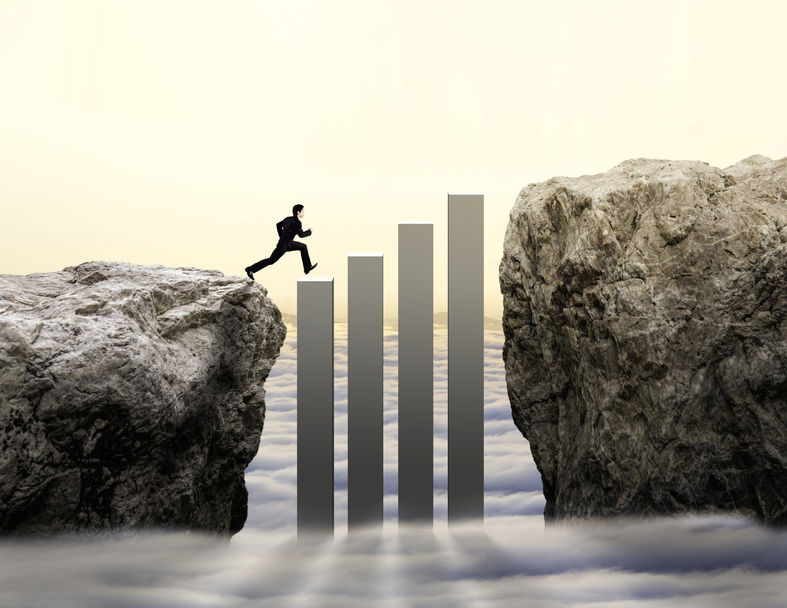 How to get an endowment

Asking a donor for an endowment is a “very sophisticated ask and a long-term play,” according to Morton Wright, and requires careful thought by an organization about how to integrate it with their regular fundraising efforts.

As a first step, and before approaching donors, he advises charities to develop a concrete plan for setting up the endowment, what it will be used for, and how it will be invested and managed. Setting up a separate endowment trust is also a good idea, since it “gives donors a greater sense of your reliability and lays some of the groundwork for your ask,” he explained.

Fundraisers need a clearly articulated message, he said: “It is a highly complex ask and so an endowment must be sold differently from regular ongoing fundraising.” Charities need to make a clear and compelling case for why an endowment is the best option.

“Have the vision and be bold to put this on the agenda, and be prepared to make the arguments about why this is important for the charity, and what role it will play,” he said.

As part of this vision, Constable said it is important for charities to develop an investment policy and strategic plan when pitching for an endowment, “so that a potential donor is clear on how the expected returns from the investments will clearly benefit the charitable causes over a period of time and help with the charity’s ongoing commitments,” she said.

After that, fundraisers are ready to target likely donors, but should make sure that their ask is “both a realistic and appropriately ambitious expectation of your donor,” he said.

On the logistical side, setting up and managing an endowment once you have secured one requires specialist expertise and skills. Morton Wright suggests that charities set up a separate endowment trust to manage the fund.

Sophie Edwards is a reporter for Devex based out of Washington D.C. and London where she covers global development news, careers and lifestyle issues. She has previously worked for NGOs, the World Bank and spent a number of years as a journalist for a regional newspaper in the U.K. She has an MA from the Institute of Development Studies and a BA from Cambridge University. 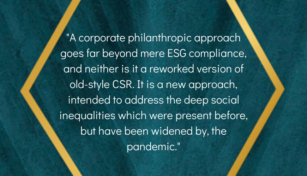 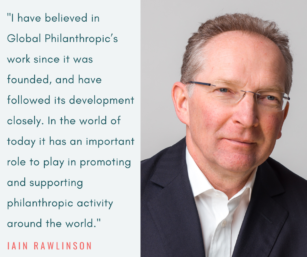